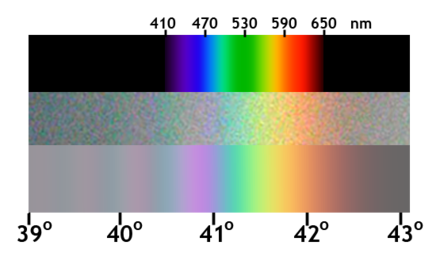 Song for a Shifting Zeitgeist

I wrote this song ten years ago. The inspiration for it arose from research I was doing for a medical ethics presentation that I titled, Who’s your Daddies?….or Mummies? Ethical issues in assisted reproduction for same sex couples. I know, nerdy backstory, but there you have it.

The clincher argument for this issue revolves around children’s wellbeing, a subject that was of particular interest to me as a budding paediatrician. So, I read every paper published in the international literature on outcomes for children brought up by same sex couples and came up with absolutely zip evidence that there was any harm being done. In fact, even back then, there was pretty decent evidence that the children of same sex couples were doing at least as well as those from traditional nuclear families. What shocked me as I did this research, was the thinly veiled hate that crept into the academic literature on the subject. At the time, I was a senior medical student, bathed in the evidence-based, critical, open-minded environment of the University of Newcastle. It was a moment where I felt a little piece of innocence drift away, realising that even at the upper echelons of academia, there were people who remained slaves to dogma, cherry-picking their way to confirming their own biases.

At the time, neither major political party was the slightest bit supportive of removing discrimination for LGBTIQ+ people. With rare, partial exceptions, same sex couples didn’t have access to assisted reproduction and were not allowed on the adoption register. As a heterosexual, cis-female I had never needed to consider systemically constructed obstacles to having a family. And the more I thought about it, the angrier I got.

This song was born out my anger. Just downright, good old-fashioned pissed-off. Incensed that people could be so closed minded, so staggeringly impervious to evidence, reason, and compassion. It was born out of my frustration with politicians who, while paying lip service to social justice, refused to make a meaningful stand about the systemic discrimination against same sex couples and their families.

All this poured out into music, into this Song for a Shifting Zeitgeist.

I sensed back then that things were shifting, and thank goodness they have – somewhat. Labor always take too long to come to the party, but I salute the widespread reforms they legislated in 2009. Yet, here we are in 2017 – two days away from finding out the result of a non-binding, ludicrously expensive postal survey to see whether the majority of Australians of voting age think that consenting adults should be able to have a civil ceremony which formalises their declaration of love for each other. My ocular muscles strain from the rolling of my eyes. My heart aches when I think about what LGBTIQ+ people and their children have had to endure during the campaign.

When I wrote this song, I was on a year’s leave of absence from medical school, taken so I could spend time with music. To my band, now scattered around the world – thank you for the magic. Thank you for sharing my anger. I think Brendan shredded about five violin bows during this recording, and one more every time we performed it live! I can’t believe we recorded this ten years ago. Life slides by in a startling fashion. But what better way to release the song – adding a voice to the clamour for justice.

I hope the Zeitgeist has shifted. To all my LGBTIQ+ friends and family, to all the LGBTIQ+ people in Australia, in the world – I’m standing with you. Whatever the result of this survey – I’m with you. And so are millions of others. We create the Zeitgeist, we create the shift. This one’s for you.

Song for a Shifting Zeitgeist

Don’t look at me in that way

I’ve heard what you have to say

Is love just some exclusive game?

That not every person can play?

A path through eternity

The way you think is perfect that’s clear

If we keep them dark and childless

Live and let live can’t you do?

what’s it matter to you?

Now shake your head and wash your hands

It’s a vote-killer all through the land

‘So many things that I can’t do

unless I ignore this stand’

What will it take for you

to open and see deeper truth?

Maybe it’ll be on Judgement Day

when we all go to heaven too.

It wasn’t just about the wine…

But it was not for the fashion, fast cars, food and wine that I visited Italy (though I admit they made the trip particularly fun!) Italy, or more specifically the Veneto region, is home to the Fondazione Lanza – a Centre for Advanced Studies in Ethics and Bioethics, and also to one of the longest established Paediatric clinical ethics committees in Europe. The Veneto region has a uniquely well-developed clinical ethics network – with 20 Health Ethics Committees (HEC) serving the region’s population of 5 million. This development was encouraged by the regional government in 2004. Prior to 2004, there were only a handful of HECs in Veneto – the longest established one being the Paediatric Clinical Ethics Committee which has been established for over 25 years. The current President of this Committee is Dr Enrico Furlan, a philosopher with a special interest in medical ethics, with whom I had the privilege to spend a large chunk of the day, talking about the history of their service, lessons they had learned over the years, and their goals for the future. There are many similarities between our services and we discussed at length the issue of evaluation of the quality of clinical ethics consultation. There is much to be done in this area and hopefully we can collaborate on research to inform this in the future.

The University of Padua has an impressive history in both medical and arts teaching. It was founded by a group of professors and students who left the University of Bologna in 1222 to create a place of learning that was committed to freedom of thought. Since then Copernicus, Galileo Galilei, Vesalio the anatomist and William Harvey, who first described the circulation of the blood, studied and taught here. The University also claims to have been the first university in the world to award a woman a university degree – Elena Lucrezia Cornaro Piscopia in 1678. The Fondazione Lanza is a centre within the University which, in collaboration with some other European universities, runs an annual, intensive, week-long course on medical humanities. Medical Humanities is a discipline that is concerned with the relationship between medicine and humanities subjects such as literature, philosophy, history and religion; arts such as painting, sculpture, cinema and writing; and social sciences such as anthropology and sociology. It seeks to humanise the practice of medicine, emphasising the human experience of illness and suffering and imparting knowledge and skills to healthcare practitioners to give them a rich and nuanced understanding of the person who is sick, not just the disease that afflicts them. Since the time of Hippocrates, medical practitioners have been broadly educated in these subjects as well as in clinical medicine. Following the Enlightenment, scientific knowledge blossomed exponentially and discoveries that changed the face of medicine forever were made, like antibiotics and anaesthesia. Discoveries like this have continued – from highly selective chemotherapy to the multitude of complex life sustaining therapies available in intensive care units. Science has served the human race fantastically, but in the latter half of the 20th century there was a growing recognition that healthcare was losing its human touch. Perhaps part of this is because we, as a profession, were seduced by the power of science, and with scientific knowledge being such an urgent requirement to be a competent doctor, huge chunks of our time is spent learning it and mastering the procedural skills that make up much of the bread and butter of our daily work. The huge volume of scientific knowledge that medical students, doctors in training, and consultants must master, keep abreast of and contribute to, has made medical curricula so crowded that there is little space for anything else. Even the study of ethics – a humanities subject that is very obviously central to the practice of medicine, is no longer a mandatory part of the medical school curriculum in Italy. 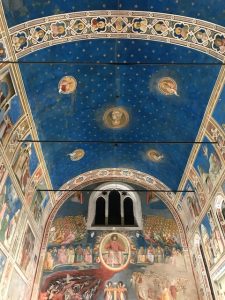 Centres like Fondazione Lanza attempt to remedy this by drawing attention back to the rich education that is available in the arts and humanities. Disease and suffering is a common theme in art throughout the ages, and studying these works teaches the historical and social context of disease and the medicines that treat it. Literature and film abound with stories of illness, and reading and watching these can give students a window through which to experience others’ suffering, increasing sensitivity to the breadth and nuance of the human experience of health and ill-health. I believe we mustn’t forget that responding compassionately and substantially to sick humans is as much the bread and butter of our daily work as is remembering lists of differential diagnoses and formulas for blood gas interpretation.

From a clinical ethics perspective, I think this kind of humanities education could add immeasurably. In my experience, much of the work involved in clinical ethics consultation is in gaining and facilitating a true understanding the narratives of all those involved, a task that cannot be accomplished without distinct sensitivity to the human experience, and a particular openness to entering other people’s worlds. Education in the humanities builds the cognitive and personal skills that enable us to do this. 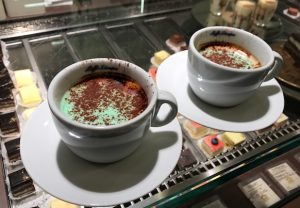 Padua itself is dripping in history. The building that houses Fondazione Lanza is beautiful renovation of a stately mansion in the centre of Padua. I went to view the Scrovegni chapel at night – Giotto sotto le stelle – and was enchanted by it. Every surface is covered in frescoes depicting the lives of Jesus of Nazareth and his mother Mary. Multiple other artworks and famous architectural pieces dot the city, including Donatello’s equestrian statue, Bo Palazzo and Caffe Pedrocchi. I stopped in to Caffe Pedrocchi to sample the famous coffee of the region – strong black coffee topped with a mint cream, a very refreshing afternoon pick-me-up! Just what you need before heading out for a walk around Padua’s beautiful streets, around the Prato della Valle, maybe stopping in at a wine bar to sit and reflect over a glass of the region’s best produce… 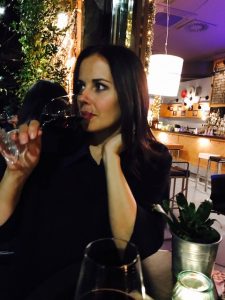